“This fascinating novel of the tragic St Louis, the ship of rejected humans, is a brilliant entrée into the souls and family complexities, the terrors,ardors,endeavorsand hopelessvalorof people who have been written off not only by a tyrant, Hitler, but who have been rejected as a nuisance by a self-absorbed world. Over the years, and in a new, ambiguous age of people in peril and adrift on the world’s seas, this magnificent novel bespeaks this eternal injustice, as well as the unexpected and intricate tragedies of its powerfully imagined characters. "                        —Thomas Keneally, Bestselling author of Schindler’s List

“An unforgettable and resplendent novel which will take its place among the great historical fiction written about World War II. Hannah Rosenthal will remain in your heart and her determination to tell the story of what she saw, lived, and lost will change the way you look at the world.”
— Adriana Trigiani, bestselling author of The Shoemaker's Wife

“With modesty and courage, Armando Lucas Correa has intertwined the story of many lives immersed in the pain and fatality of totalitarianism. Between 1939 Germany and today's New York and Cuba, The German Girl is a vital tribute to liberty, love and justice. A childhood subjected to terror, an inevitable exile, a search for identity described through the eyes of two women who constantly feel an urgency to survive, with a prose that is precise and respectful of the different eras that make up its chapters. History and emotions come together to triumph over obscurity in one of the most fascinating and extraordinary literary events of recent times.”        — Zoé Valdés, international bestselling author of The Weeping Woman

“Correa brings the refugee experience alive in this in this timely must-read.” —People

“Correa deploys facts to honor his fictional subjects. In a heartbreaking appendix, he lists every passenger on the St. Louis.  If this ship’s manifest is insufficiently potent, Correa writes to remind us of the deadly consequences of closed borders, neglected refugees, and maligned and forgotten immigrants.” —Martha Anne Toll, The Millions

“I found myself unable to put the book down.  I was able to identify with Hannah and her parents.  Right away I was taken back to what my parents must have experienced first in Germany and later the St. Louis. The characters  of Hannah and Leo were beautiful and heartbreaking.” – Judith Steele, survivor of the St. Louis

“It conveys the true essence of the tragedy of the St. Louis…[it was] so true to our many life experiences.  I received incite as to what my life might have been if we were permitted to disembark in Havana.  I became enthralled with [the] descriptions of the emotional turmoil that [these] characters endured.” – Eva Weiner, survivor of the St. Louis

“profound and moving … [This] novel has touched me, personally, especially because [it is] written from the point of view of a girl, just like me on the ship. I hope many young people read [The German Girl] so that this tragedy, ignored for so many years, will be a lesson the world must learn and never forget: compassion for refugees.”—Ana Maria Gordon, survivor of the St. Louis

“This poignant and touching novel takes us into the lives of a four generation family and how pivotal historical events impacted their lives.  Alternately narrated by the older great-aunt and her 12 year old grand-niece, family ties are restored after many years.  The characters are portrayed with sensitivity and the descriptions of historical events (and the emotions they evoked) are realistic and accurate.” — Sonia Maeir Geisman, survivor of the St. Louis.

PRAISE FOR THE GERMAN GIRL 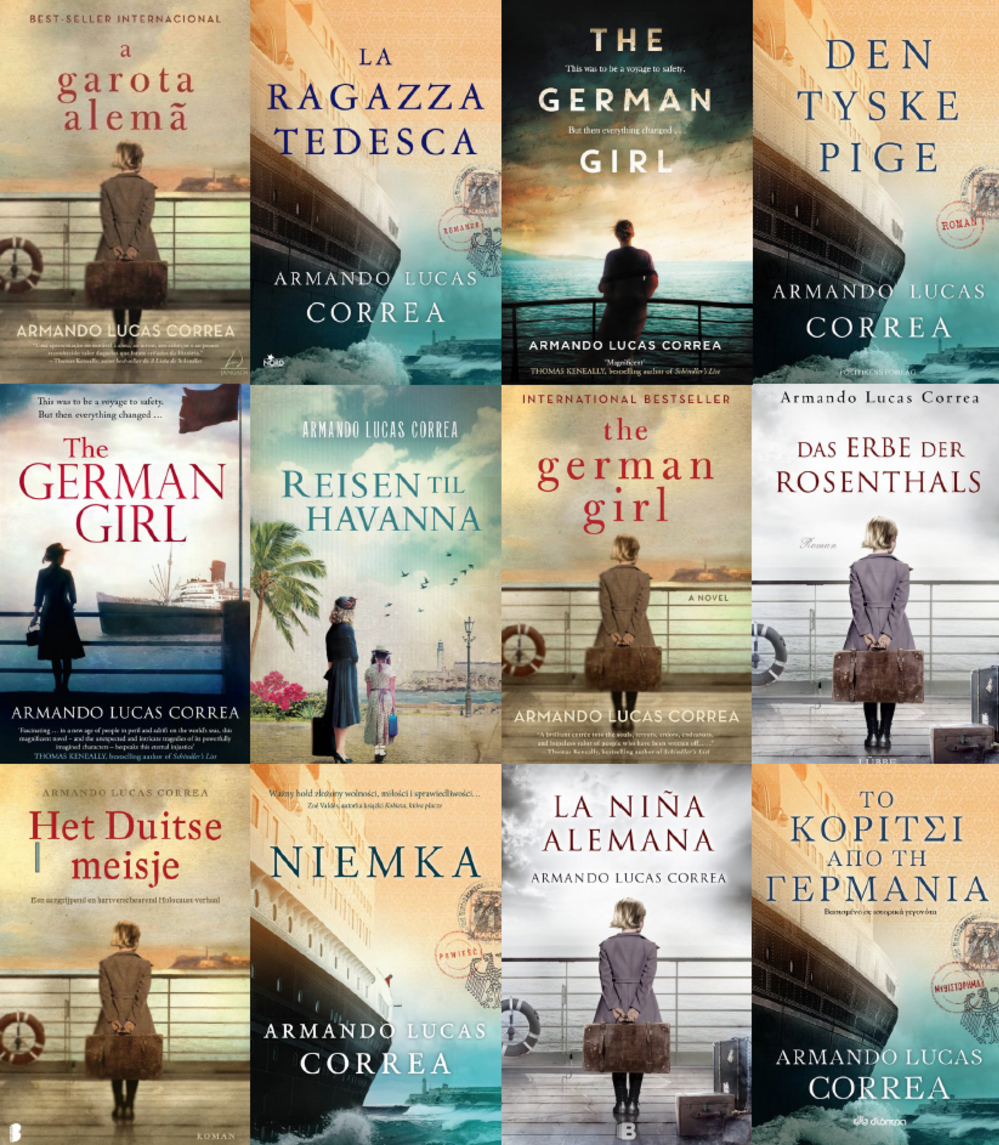